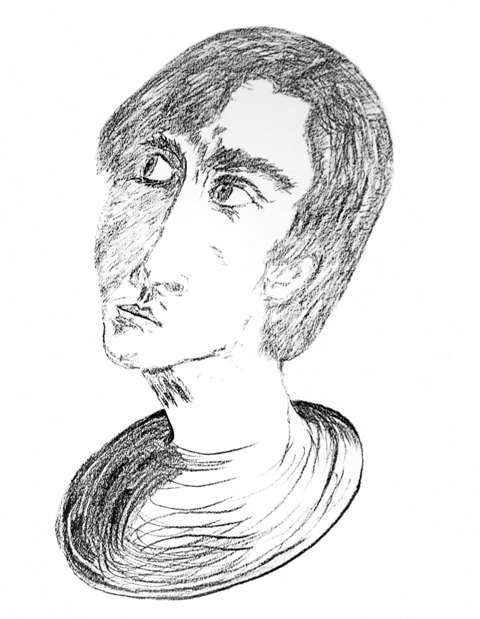 Los Surcos Inundados (The Flooded Furrows), the second book by David Rosenmann-Taub, came out in 1951, two years after his first, Cortejo y Epinicio. Both books were published by Arturo Soria, the owner of Cruz del Sur, a highly regarded Chilean publishing house of that era. The poet revised Los Surcos Inundados in 2014 in order more precisely to present his intentions.
Los Surcos Inundados contains a dozen poems divided into several parts. It begins and ends with two poems that echo each other.

The first is Primera Sonata, (“First Sonata”), which is divided into three movements: Creación (“Creation”), Alumbramiento (“Childbirth”), and Hijo (“Son”). The titles alone indicate that this work is flooded with the joy of the expectancy that surrounds the birth of a child. The event is told from the point of view of the elated young father.
The last poem of Los Surcos Inundados, Segunda Sonata, (“Second Sonata”) is composed of three movements: Pórtico, (“Arcade”), Abismo (“Abyss”), and Réquiem (“Requiem”). The poet speaks about the death of dandún, a child, scarcely two years old. [In the corresponding poem, “dandún”, a term of endearment for a child, is not written with a capital letter.] The grieving father is involved with every moment of the tragedy. This sonata is permeated by a sense of destruction and despair.
A furrow is a trench made in the earth to receive sown seeds; it may be also be an open grave.

The present drawing seems to be suspended aloft on the cover of Los Surcos Inundados which has been republished by LOM Ediciones in Chile. Like the two sonatas, this portrait shows two opposite sides: bright to the right, dark to the left.

On the right: intense observation. He is steady, not moved by what he is witnessing, not altered internally. This composure manifests itself all the way to the mouth, not smiling, contracted, or sad: “I have to maintain my calm. I still have something luminous about me; I need to defend it.” The illuminated side of his face indicates that he is keeping his innocence. However here and there (under the eye and on the cheek) a taint begins to appear.
He has a long nose that seems to be recoiling from a bad smell. The inclination of his head displays a slant of withdrawal. It is disturbing for him to understand what living on earth entails.
His mouth is small, even smaller than his eyes: all attention goes to the wide-open gaze. [These examples characterize David Rosenmann-Taub’s drawings. They seem realistic at first sight: we think that we are in front of a normal face, but the artist takes a lot of license with reality, as can be seen here, among other places, in the length of the nose and the narrowness of the mouth. The form serves the expression of the feeling elicited by what is happening. Nature creates shapes according to its whims, and the artist is free to create whatever structure illustrates his purpose. David Rosenmann-Taub does not depart from the usual in an artificial or forced manner. On the contrary, these “deformations” are integrated into a whole that coalesces into a recognizable portrait; the modifications of expected forms animate the drawing and make it come alive. What can be seen are not the physical features of a face, but rather the internal features of the model, his inner reality. The goal is to make the invisible visible.]

On the left: he looks as if he has received a tremendous blow that has darkened his cheek and his eye, which has witnessed evil and in which surprise, frustration and indignation are evident. He even has a double raised eyebrow, so appalled is he.
The lock of hair falling over his forehead seems to protect him from the slap of the discovery.

A young man, on the threshold of adulthood, who is beginning to inform himself about his surroundings, about what the community of men and women is made of, about widely-spread behaviors: violence, struggle for power, hypocrisy, lying, selfishness. They act in conformity with nature itself, which ceaselessly creates and destroys. Only now is he experiencing its lethal violence himself.

If we look at the two eyes together, we discover two opposite emotions co-existing: calm and horror. Between the two eyes, the eyebrows are clashing — an indication of his inner turmoil. They join to form the design of a frightened bird with wings extended.

At the base of his neck, a disk. This unusual device appears so naturally drawn that his body is not needed below his head. We don’t know whether the neck emerges from the disk or whether the disk is a prolongation of the neck. Has his head been cut off? Has he forgotten his body as a consequence of the shock with reality?
This disk is the world, which constantly turns as do other planets. How many people, also spinning in their existence, are lost in irrelevant concerns?
In designing this swirl, the artist is not a slave of reality. Although the vortex appears animated by a rapid movement, simple circumrotating lines do not obtain the effect: there are many breaking points and counter directions. Things do not happen in a regular, smooth, predictable manner.

He is leaving childhood behind and will soon enter the maelstrom. He has not begun to play the general game. Will he become a member of the pack and howl with the wolves, or, determined to defend himself, keep his humanity intact?