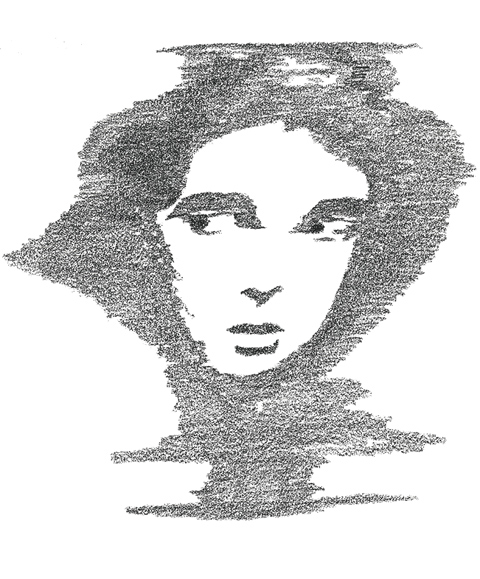 Lines do not make up her features (there are no lines in a cloud). Instead they emerge as a contrast between light and shadow, a face coming out of darkness.
She is appealing to us for help while she watches in horror the destruction rushing toward her: she is about to be annihilated.

This drawing, which illustrates the cover of the LOM edition of David Rosenmann-Taub’s Los Despojos del Sol (The Remnants of the Sun), indicates an aspect of what this collection of poems intends to reveal. This “cloud woman” is a despojo, a remnant. The sun is a remnant as well, consuming itself ceaselessly, and so is the whole cosmos: all that is left from the initial fire of vitality.
We are all disappearing moment by moment, since time is doing to us what the wind is doing to the clouds. To whom can we turn for help?

The subtitle of the series Los Despojos del Sol — of which two books thus far have been published in a single volume — is “Ananda.” This Sanskrit word, often translated as “bliss”, refers here to calm and control of the mind. The poet points out the state of mental clarity needed to withstand a situation of constant dissolution.

David Rosenmann-Taub: “What are my poems if not the remnants of my life?”